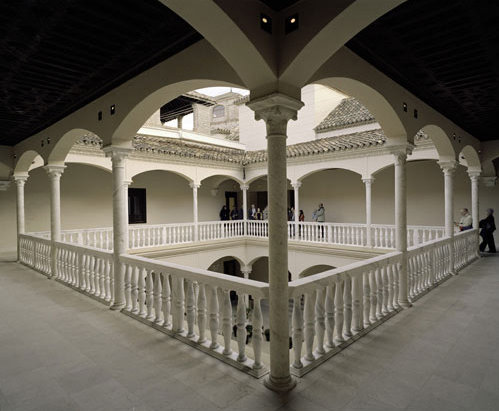 There may be museums dedicated to Picasso in many countries, from Paris and Antibes to Berlin and Barcelona, yet the Museo Picasso in Málaga can rightly be called unique because it celebrates and showcases the master in his town of birth.

Arguably the greatest painter of the 20th century, Pablo Ruiz Picasso was born in Málaga’s iconic Plaza de la Merced, in the heart of what is now the city’s bustling historical district. Known also as the scene where the martyrs of the 1830 liberal insurrection are commemorated, this large square fronted by lively cafés and classical Spanish apartments is the very spot where the young artist grew up. Indeed, it is still possible to visit the smart apartment where he was born in 1881, and visitors flock from all over the world to this shrine of early modern art.

Not 200 metres from here lies the Palacio de Buenavista, a classical gem of a building first constructed in the 16th century and located in what was then the Jewish quarter. The entrance on the pedestrian Calle San Augustín is just a stone’s throw from the imposing cathedral; it is also the very spot where Picasso went to nursery school. The Buenavista Palace, therefore, forms as authentic a venue for a Picasso museum as you could wish for. Surrounded by quaint tearooms and shops, the stylishly renovated palace is not only a fitting home for Picasso’s collection of works but also a serene setting in which to enjoy them.

A birthright
Though he spent much of his career working and living in France, it stands to reason that the city that brought forth this great artist should have a museum dedicated to him, and in 2003 the project was inaugurated with great fanfare. Málaga is proud of its most illustrious son, and proud to finally have a venue where his works can be admired ‘in situ’. Members of the Picasso family donated the original collection of 155 paintings and sculptures, and it is a legacy that has been steadily added to over the years, making this one of the most important collections of its kind in the world.

Famous for his unique reinterpretation of classical proportion and composition, Pablo Picasso was an immensely influential artist even in his own day, co-founding the Cubist movement and influencing the evolution of modern art in the first half of the 20th century. A museum was meant to have been established on the very site of the existing one in the 1950s, when the artist was still alive, but nothing came of the project until his daughter, Christine Ruiz-Picasso set things in motion in the 1990s. Now, the museum houses perhaps the best collection of his early years, with sketchbooks and experimental work that shed light on the formative years of a master in the making.

Today, there is virtually no painter whose pieces command a greater price at auction than this Málaga-born eccentric. Eccentricity may be the norm for creative geniuses such as Picasso and Van Gogh, but even the famed Dutch painter falls short of the astronomical sums paid for authenticated Picasso masterpieces. In a galaxy where the likes of Kandinsky, Chagal and Van Gogh command many millions at Christie’s, Picasso’s star burns the brightest of all – with collectors from around the globe outbidding one another with relish. Not bad for a kid from the Plaza de la Merced.