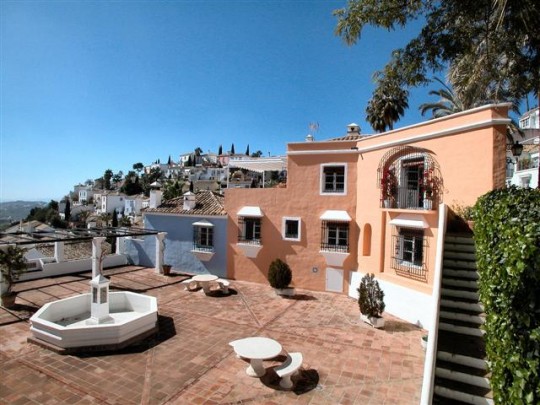 Set into the fold of a slope between the village of San Pedro Alcántara and the foothills of the Serranía de Ronda, La Heredia is an idealised version of a typical white Andalusian mountain village. Looking out over golf courses to the Mediterranean and tracing the coastline to the unmistakable profiles of Gibraltar and North Africa, it is also just ten minutes away from Marbella and Puerto Banús. 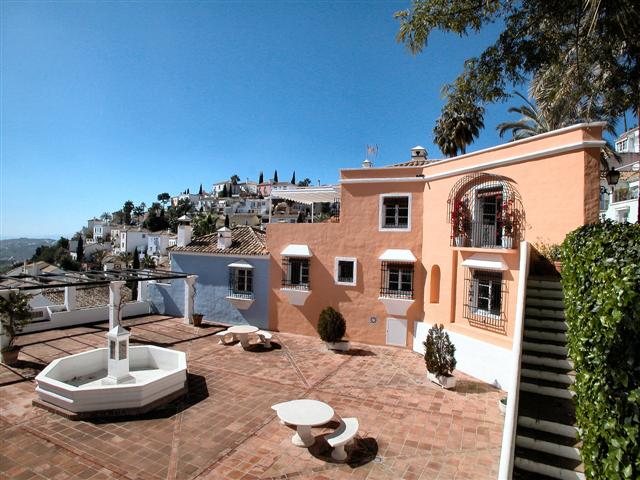 Add the clean, paved streets devoid of rushing traffic, the pretty square with bistros and cafés at the entrance to the urbanisation, and the wonderful interplay of gentle pastel-coloured houses set against the green foliage and the blue of the sky, and it becomes clear just how pretty and indeed idealised a little ‘village’ this is.

The brainchild of Spanish designer Jaime Parladé and his brother Francisco, La Heredia is a collection of apartments, townhouses and even villas of many different sizes and configurations designed to immaculately represent the feel and ambience of a beautiful Mediterranean village.

Tightly packed, it enjoys architectural and structural cohesion and the sense of community of a real village, yet done with sufficient refinement and skill to also allow for space, privacy and sophistication of design and detail. Protected by the amphitheatre-shaped curve in a hillside against which it is built, La Heredia’s visual focus is on the magnificent views that unfold downhill, where the eye travels along verdant fairways and past residential areas en route to the beaches and shoreline of the Costa del Sol. 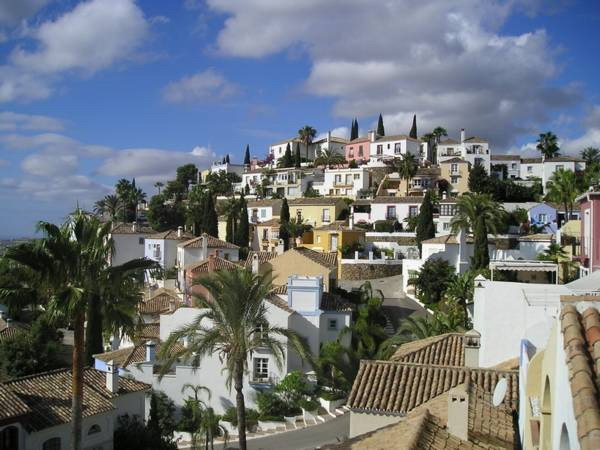 Just out of sight, though close at hand, are Puerto Banús and Marbella, while a day doesn’t have to be particularly clear to offer breathtaking views of Gibraltar and the North African coast. All around are exclusive villa suburbs such as La Zagaleta and El Madroñal, yet the people who choose Le Heredia are more likely to also appreciate La Virginia, a similarly enchanting ‘village’ close to Marbella’s Golden Mile.

Originally developed in the 1980s, the project was subsequently taken over by Dutch group La Perla, who added many improvements and helped establish a diversity of residents that now includes people from the Netherlands, Germany, Scandinavia, the UK, France, the USA and different parts of Spain. As befits a village, La Heredia also has a little ‘centre’ that includes a bistro, café, bakery, butcher and little gourmet supermarket. It is this sense of year-round cohesion, along with the diversity of charming Andalusian-style properties that differentiates this pretty urbanisation from many a collective of modern apartment buildings and gives it such charm.

El Madroñal · Situated in the foothills of the Serrania de Ronda, El Madroñal is an elegant estate with views of Marbella and the Mediterranean. Situated approximately 5kms from the bustling small town of ...

La Alqueria · This four level newly built villa is situated in La Alquería, in a highly sought after area which is becoming a top end contemporary style living core at approximately 5kms from the beach and ...

La Zagaleta · A spectacular villa, recently refurbished with exquisite taste, situated just a few steps from the North entrance of La Zagaleta, a world-class gated resort. Access to the property is through ...

La Quinta, Duplex with views of the African coastline

La Quinta · Located in La Quinta, this building of only 7 units is ideal as a holiday or permanent home. It is located in a resort where owners can enjoy the benefits of the services of La Quinta Golf & ...

La Quinta · Situated in La Quinta, this building of only 7 units is ideal for holiday or permanent living. It is located in a resort where owners can enjoy the benefits of the services of La Quinta Golf & ...

La Quinta · Situated in La Quinta, this building of only 7 units is ideal for holiday or permanent living. It is located in a resort where owners can enjoy the benefits of the services of La Quinta Golf & ...

El Madroñal · This modern style villa stands on a south facing hillside and offers magnificent views of the sea. The property is located in the gated community El Madroñal. El Madroñal is characterised by ... 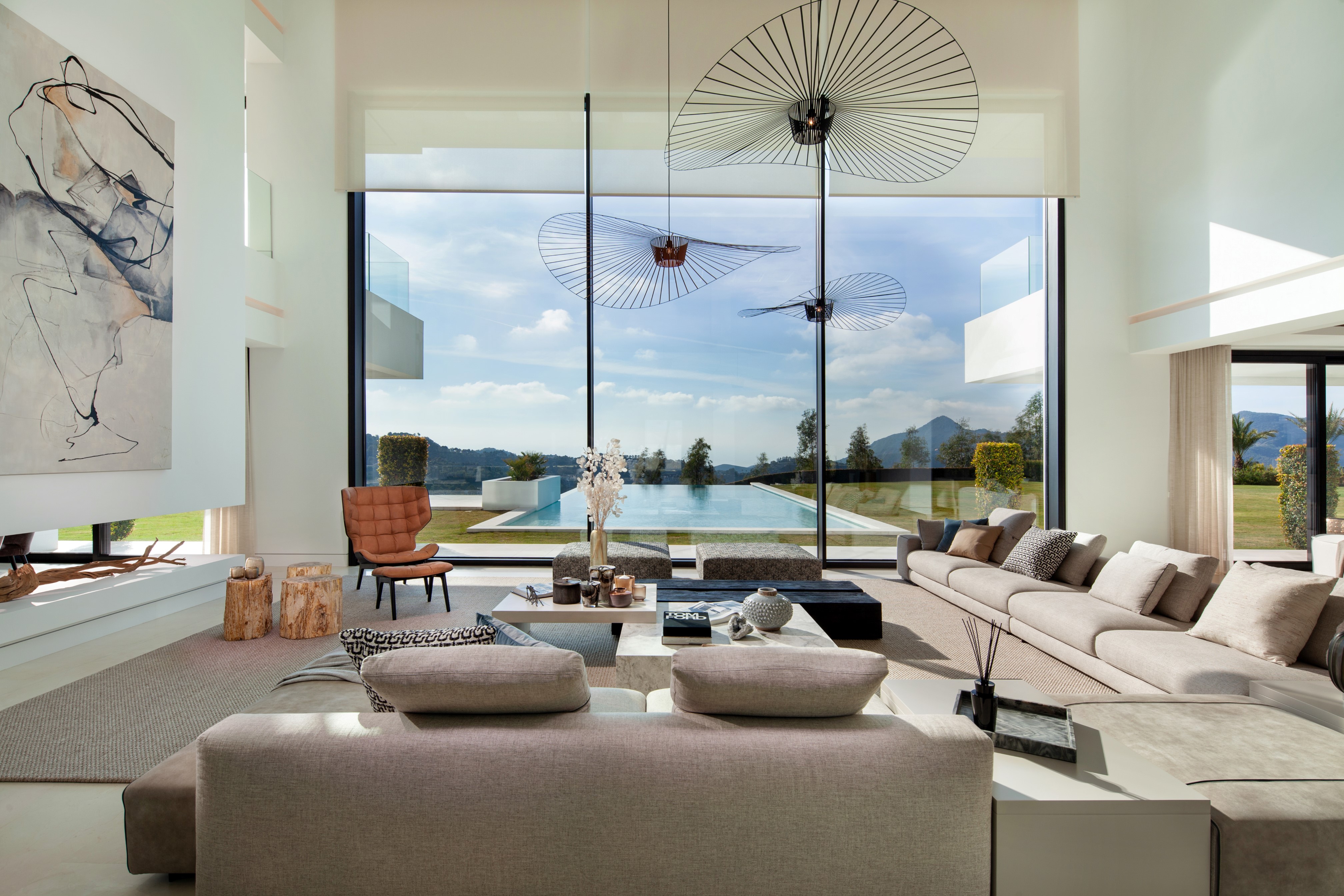 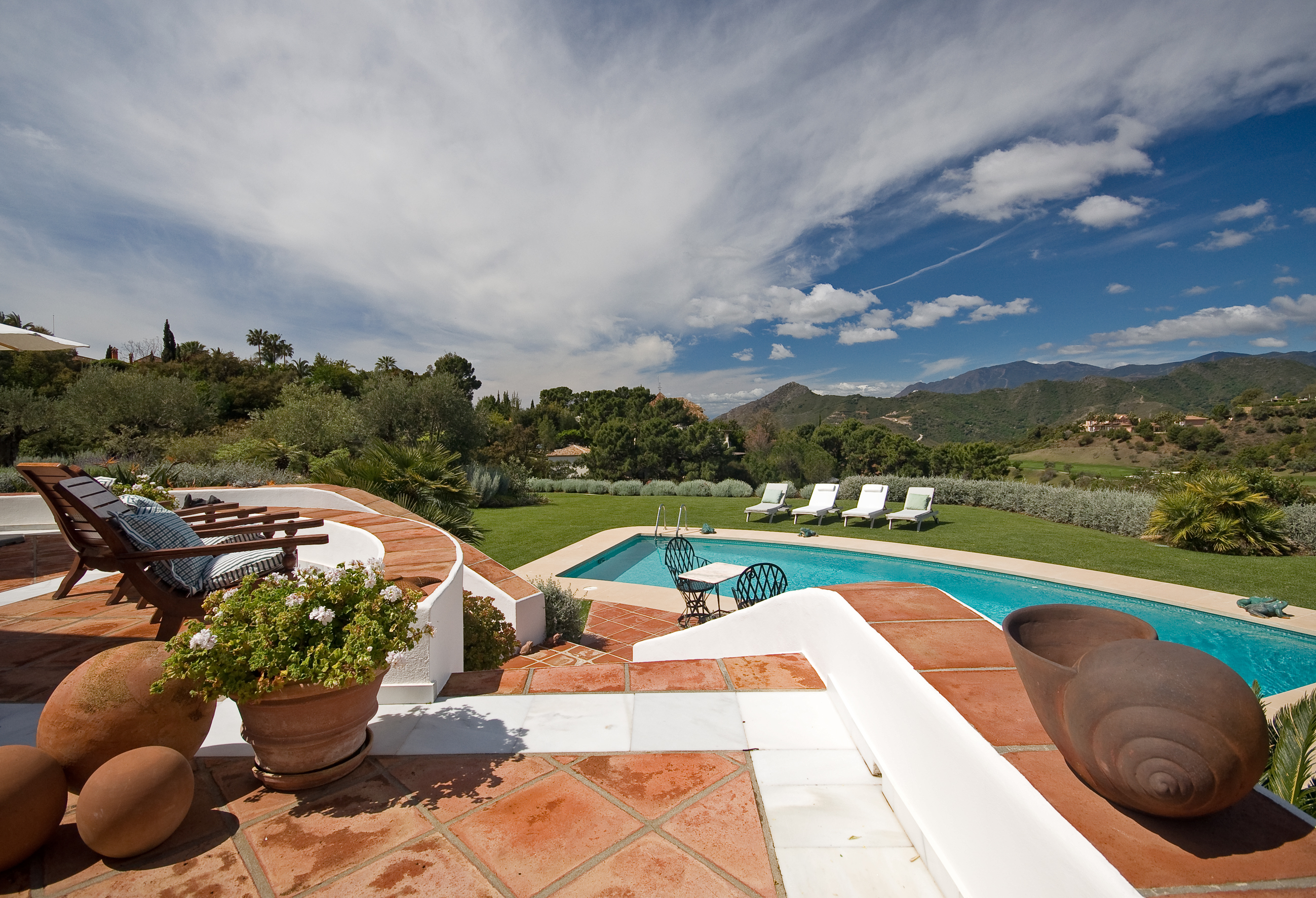