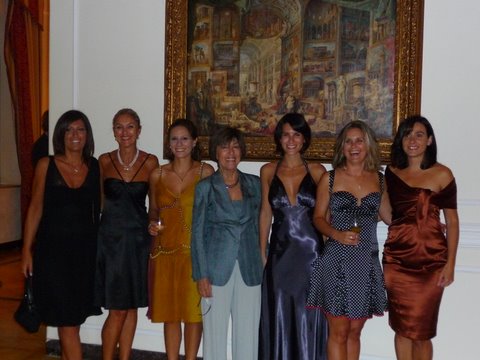 I have finally decided to write some notes on my recent business trip which I also combined with leisure.

Together with my daughter Pia – in the photo with me – we visited Rome a few days ago due to the EREN reunion which is every 4 months and which was held at the Cavalieri Hilton Hotel. This was followed by a 2 day International Symposium organized by Leading Real Estate Companies of the World and their fine property collection programme Luxury Portfolio.

Besides the possibility of returning to Rome and meeting new colleagues and real estate professionals from Europe, America and Asia, these conferences are interesting in that the sessions are always very informative and from our experience something is always learnt from them.

Highly illustrative were the sessions on Internet and web marketing, and especially amusing and entertaining was Matthew Ferrara’s (from Matthew Ferrara & Company) presentation on the new generations’ tastes and trends. There, I discovered that by age, I belong to the Senior generation. I remember back in the day when I used to look around in a work reunion and I was one of the youngest present. On the contrary to the Senior generations’ general likes and dislikes I discovered that mine were closer to those of younger generations. 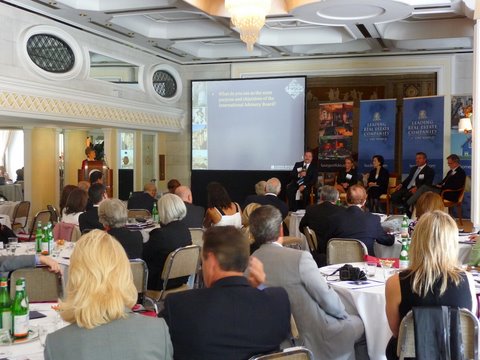 For example, in the use of Computers and Internet: I use Internet to look for information, unlike the very young people who use the Internet as an entertainment tool. Just like Generation X, born between 1965 and 1976, I am quite sceptical and I don’t believe what I am told or what I am ‘sold’. I do not need to know that whatever is being said to me is ‘validated’ by a group of people, as seems to be the case with those belonging to generation Y, born between 1979 and 1994, i.e the My Space and Facebook generation. I have managed to stay out of those communities and I may be seen as ‘old fashioned’ but I still like my privacy. Although I must admit that after receiving a few invitations from other similar sites I did in fact register on a couple of sites which were more ‘business community’ minded. I do not visit them regularly and they do not entertain me either, but I wasn’t able to reject the invitation I got from someone close to me … that was the beginning.

The trip presented an opportunity to visit a property in Tuscany, with my colleague Paolo Del Chicca from Livorno, and whose owner – an acquaintance of mine – is thinking about selling. It was interesting seeing a colleague from another country giving his views, calculating an asking price and comparing with other properties in Tuscany. If anyone is interested I recommend reading an article written by Paolo and published in EREN’s web.

We spent 3 days in a hotel located in the historic centre of Rome, at a few meters from the Pantheon. It was great walking from the Pantheon to Piazza Navona and to the Fontana di Trevi and Piazza di Spagna, stopping for an ice cream one too many times, a tea or coffee or simply to look at all the history surrounding us. Now that I mention tea, I think the most expensive tea I’ve had in my life was one we had in the classical tea room which we found by the footsteps of the Piazza di Spagna stairs, called Babington’s, founded in 1893. We paid 22 Euros for 2 cups of tea, and we had actually only just gone in to the place to use the bathroom. When I told my friend and colleague from Rome, Maurizio Pezzeta from la Commerciale, Promozioni Inmobiliari, he said that that place was an icon in Rome and that you could not visit Rome without stopping by at Babington’s. 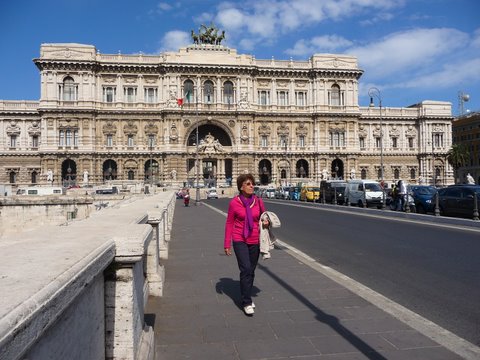 Maurizio was a great host and his contribution to the organization of the event was key to the event’s success. He organized a viewing of an apartment in Piazza Navona inside a palace which was built by architects Rainaldi y Borromini in1645 and which was the residence of Pope Innocenzo X. Its high vaulted ceilings are decorated with frescoes painted by Allegri and Ronzi, one of his disciples, which have been recently restored and have regained their original splendour.

We also enjoyed a few days in Capri and Sorrento and from there we visited Positano, Amalfi and Ravello, where a festival on Diversity is being held until the 31st of October in the museum at Villa Rufolo and where the Wagner Festival is held in its beautiful terrace.

And, of course, in the few hours we were there, we saw 2 weddings. I had already heard that many couples want to get married in Ravello and that it is turning into a ‘wedding village’. 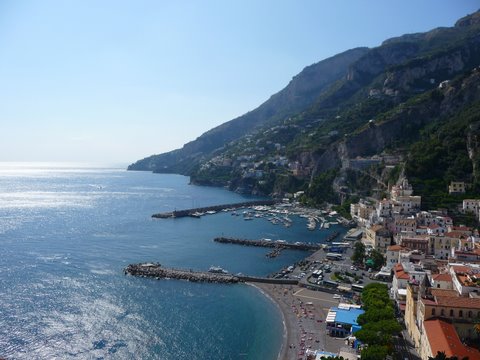 In the taxi on the way back to Amalfi, the taxi driver pointed out to a house in the hills above us and said “That was Gore Vidal’s house. It was sold 2 years ago. How much do you think it sold for?” As a good professional I asked about the size of the villa and its plot. I gave a figure of 3 million and he laughed and said “it was sold for 20 million Euros”. I don’t know if that’s true but if it was, then … Marbella isn’t all that expensive!