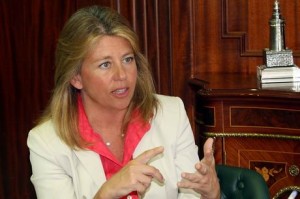 The approval of the PGOU by Marbella Town Hall is undoubtedly a positive step, especially as it was agreed by both of the leading political parties and in spite of the fact that many aspects of the plan did not satisfy everyone. There are some who feel it does not offer sufficient compensation for past planning irregularities and others who believe it was a mistake to omit some urbanisations from the plan which are already constructed.

It was very important to have reached an agreement with the Junta to aprove the plan before Christmas. After all the delay and uncertainty, an approved PGOU is a legal guarantee of security in the planning arena that will attract new investment in the city and help to regenerate the economy, creating employment and generating wealth.

The new plan legalises a large number of homes which were in a precarious situation that has dragged on for years.Those home owners whose properties are not protected by the plan have recourse through the courts, although this could be a long process with no guarantee of a posiive outcome.

The plan is certainly ambitious and anticipates a substantial investment in infrastructure on the part of central, regional and local governments as well as from the private sector. Those projects include improved road connections between zones and urbanisations which have hitherto been isolated.

The investment in roads alone amounts to €234 million, (Diario Sur Digital 17/08/09) to include improvements to safety and condition, and better service road access to the A7, with new links along the coast and to the highway above the Costa del Sol Hospital, as well as the resurfacing and widening of half a dozen service roads connecting both roads. Among these are the Istán and Ronda roads and the access roads to Puerto Banús and Cabopino.

Also envisaged in the plan are works to extend the coastal railway service, whose connection with the AVE will link Málaga city with Estepona first and and eventually with Algeciras. It’s worth noting that in only one year of operation, the AVE service between Málaga and Madrid has carried more than 2 million passengers, double the number anticipated. The short duration of the journey (21/2 hours) has opened up the Costa del Sol to the whole of inland Spain.

Central government will be responsible for renovating the banks and accoustic panels along the A7, improving public transport between municipalities and re-landscaping the zone around the new San Pedro underpass.

The greatest volume of investment proposed in the new PGOU is destined for water recycling projects. A budget of some €471million has been set aside for works such as the construction of the new La Concepción reservoir and increasing the capacity of Marbella’s desalination plant. Another project worth mentioning is the expansion of the Rio Verde fresh water treatment plant. (Málaga Hoy 26/08/09)

Environmental projects include new flood defense systems around rivers and streams and a regeneration programme for the beaches which has a budget of €89million.

Regarding public spaces, the plan provides for a much more attractive offering of parks, gardens and public facilities than was ever contemplated in the old 1986 PGOU.

To finísh, I would like to quote a paragraph from Diario Sur digital del 12/08/2009 in which the Mayoress Angeles Muñoz expressed her optimism:

“Inarguably, the growth of Marbella must continue under one clear and precise objective: that is, to remain a reference point for excellence and quality of life. In consequence, the Plan has established generous parameters in order to allow the city to return to administrative norms and eradicate the chaos and sense of helplessness that has surrounded an aspect of life that is fundamental to a town’s citizens: town planning.

We sincerely hope this will be achieved.