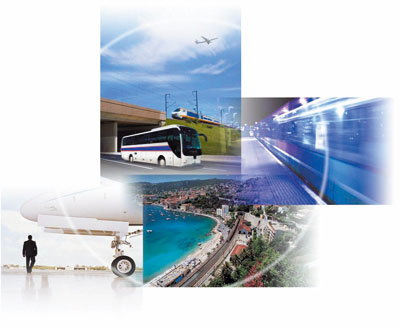 The Future is Nigh

We have all seen how in the past few years, there has been rapid growth in urban construction in Malaga and along the Mediterranean Coast: a fast growth which has not been supplemented by a proportional growth in services and infrastructure.

We know that the region’s economic growth depends largely on the development of its infrastructure, and because of this we happily welcome the news on the projects to be developed in the next few years which will contribute immensely to Andalusian’s economic growth.

In the field of land communication, the Administration favours the railway as a means of effective transportation. High velocity railway lines will allow us, within the next decade, to travel from Huelva to Almeria in only 4 hours, and will join Seville to Huelva to Faro. Moreover, regional trains will join the coastal villages.

The establishment of the AVE’s (High Velocity Train) second line, joining Cordoba with two vertices in Seville and Malaga, which is estimated to be completed before the end of 2007, will provide easy access for tourists arriving at the Costa del Sol and will bring immeasurable economic benefits by creating a network connecting Andalusia’s 10 main cities. Besides the Cordoba-Malaga AVE, the Bobadilla-Granada connection is already under construction, and furthermore, an informative study on other high velocity lines that will join various provinces and also with Portugal is already underway. Once these projects are completed (completion date is still unknown) there will be less than 4 hours by train between the Andalusian capitals. From Huelva and Cadiz to Almeria there will be a 3 and a half hour train ride. From Malaga there will be a one hour and fifteen minute train ride to Seville, and 50 minutes to Cordoba; travel times which would never be achievable by road.

One of the most ambitious projects, still under study, in the province of Malaga, is the construction of a railway corridor that will join all municipal areas of the Costa del Sol spanning 96km between Nerja and Estepona. The first phase comprises a line between Fuengirola and Estepona, with a lay out of 52 km, 72% of which would be under ground and concealed, given the lack of space due to urban expansion. The corridor would use the existing regional line between Malaga and Fuengirola, presently being divided into two branches. According to the informative study, this stretch would register more than 30 million trips per year. The corridor would use lines 2 and 3 of Malagaâ’s Underground system that will travel through the city from East to West.

The expansion of railway lines will be complemented by Underground transport lines. Seville’s, Malaga’s and Cordoba’s underground lines will shorten travel time between the capitals and the surrounding municipal areas.

Concerning air transport, Malaga airport will duplicate its capacity to 20 million passengers per year, with a €660 million investment. The Airport Plan of July 2001 plans the expansion of the existing terminal, the construction of another terminal and a second runway. While the new terminal is built, AENA has planned the expansion of the existing terminal, which will be completed by June 2006. The expansion also includes a parking area for 1.800 vehicles and 66 coaches and the improvement of access to the airport. The second phase includes the construction of a second runway. The desired completion date is 2009.

The concern with the improvement of access and communication will result in large investments in Andalusia ports, over the next few years, among them those of Malaga and Algeciras.

Many possibilities have blossomed within the areas of Water and the Environment. The Andalusian and Levantine seaboards have become one of the main testing areas for new technologies in engineering. The socialist government bases its new hydrological policy on these infrastructures, with the construction of 20 desalinating plants, 6 of them in Almeria and Malaga.

No doubt that all of these improvements in communication and infrastructure will bring unexplored and undeveloped areas in Andalusia closer to the coast, expanding the investment opportunities for those seeking smaller and less developed destinations, a trend already perceived in other international resort areas: Buyers sensitive to the environment are getting away from the mega resorts and looking for lower density and less crowded areas where they can be in closer contact with nature and discover an authentic regional experience and culture. Source of Information: El Pais, Andalusia, Supplement "Infraestructuras", October 28th, 2004.