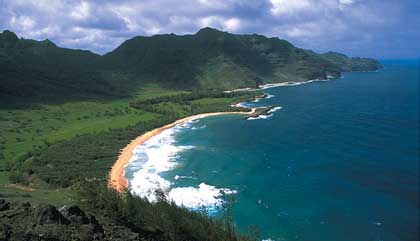 With the resort development industry becoming increasingly global, even distant markets can serve as useful analogues for developers in Europe.

Hawaii is a good example. In much the same way that individual European destinations have historically appealed to particular segments of buyers – UK buyers in Tuscany come to mind – each of the seven main Hawaiian islands, which are surprisingly diverse in their terrain and appeal, have individually come in and out of favor for a variety of reasons. Oahu, for example, showed particular strength in the late 1980’s due to the popularity amongst affluent Japanese travelers of the capital city Honolulu and its legendary beach Waikiki. At the same time Maui was the favored destination of American travelers. In the mid-to-late 1990’s the island of Hawaii itself became the most popular due to its strong golf orientation, with three new resorts constructed.

The most recent island to attract international buyers’ attention is the less-developed island of Kauai, the northern-most of the principal islands. Within the last ten years home sales have increased four-fold, from just over 100 sales annually to 400 last year. There are several reasons for the island’s growing popularity: it represents real estate value relative to more developed islands and is widely regarded as the most pristine of the islands.

The relevance of the Hawaii example to European developers is that it embodies a trend spreading to international resort destinations: sophisticated buyers are gravitating to lower-density, more environmentally-sensitive destinations and projects while large-scale resorts are increasingly perceived as sterile and inappropriate. In Kauai, for example, the landscape is considered a more important selling feature than golf and man-made amenities. In addition to seeking out dramatic natural environments, high-end buyers are seeking a private sanctuary with a distinctive “sense of place” amidst an increasingly crowded world. Our own experience at Synthesis Realty Group, which is working with developers of luxury resorts throughout the Western hemisphere, bears this trend out, as developers and buyers alike move away from the “mega-resort” paradigm towards smaller, more exclusive destinations. 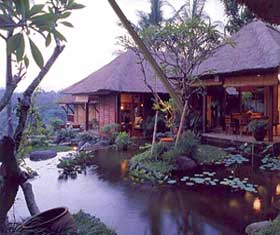 One project under early stage concept development in Hawaii epitomizes this trend: Kealia Lani on the island of Kauai, a 2000-acre natural preserve that will be home to fewer than 200 residents and a “wellness center” spa focusing on ancient Hawaiian healing arts.

The developers’ intention is to forgo a conventional golf environment in favor of restoring much of the acreage to traditional agricultural usage and organic farming. Another Synthesis client, Amanresorts, has done this successfully at its Balinese hotels, turning traditional rice paddies and farming into a visual and cultural amenity.

Resort trends are changing globally, and creative new project concepts are essential if developers are to limit their financial exposure and attract sophisticated buyers who have many alternatives. Integrating marketing and sales into that process at the earliest possible stage of the development process is an important part of achieving this goal.

Buyers’ increasing attraction to more creatively amenitized resorts is welcomed news to developers, who seek to contain the development costs associated with major golf course, clubhouses and other conventional amenities. In the United States golf supply is outstripping demand, causing developers to carefully reconsider the necessity of course and clubhouse construction, as well as ongoing operational costs that they incur. Our firm’s market research and global industry experience is pointing to the need for more creative amenities in resort real estate, a lesson that developers in Europe would be well-advised to consider. While certain markets such as Marbella in Spain or Palm Springs in California may mandate golf to achieve significant real estate premiums, certain projects can, for example, successfully minimize infrastructure and operating expense by providing preferential access for its residents to nearby golf, focusing on the site’s historical associations, emphasizing extraordinary architectural design, providing a higher level of personal service, or simply providing an “authentic” regional experience for residents. In all cases these alternative emphases position the projects as contrasts to conventional competitors.

Stepping outside formulaic development to conceive alternative project concepts requires greater creativity, which is one reason Synthesis is being brought earlier and earlier into the pre-development process. Typically we function, in partnership with the local expertise of Sotheby’s affiliates such as DM Properties, as the marketing arm of the development team, working alongside architects, landplanners, financial analysts and others to help conceive and test the salability of unique high-end projects. Whether it be an island resort in the Bahamas, a seaside hotel/condominium in Costa Rica, a ski-resort in Idaho – all current Synthesis projects – the need is the same: to balance sales potential with development costs to create a saleable and financially feasible project. It is vital to test project concepts not only on paper but in the market itself, so we combine market research with consumer research, leavened by our own perspective from handling projects globally.

With the product and its markets defined and assumptions substantiated, we proceed to develop a comprehensive marketing strategy, specifying sales goals, tools, strategies and tactics. Included in the ways we reach buyers are not only traditional sales channels such as advertising, but conduits to target markets that are unique to Synthesis/Sotheby’s/DM Properties, such as the ability to direct mail to an international client base, the use of network offices and auction house facilities as sales venues, the ability to secure editorial coverage for projects in our own publications, and much more. This combination of Synthesis’ global development perspective, Sotheby’s branding and outreach capabilities, and DM Properties’ local expertise are unique in the resort industry today.

Article published in the fourth edition of ‘Costa del Sol Highlights’ showcasing the finest properties in Marbella and on the Costa del Sol, Spain.