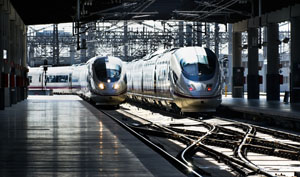 The Spanish economy returned to growth again in the last quarter of 2010, registering a positive figure for the first time in two years. Though modest, the 0,2% fourth-quarter growth rate is seen as a positive sign that could herald the beginning of an economic recovery.

As one of the countries hardest hit by the financial crisis, Spain’s road to recovery will not be straightforward, but it is hoped that the low-point has now been reached and a new corner turned. Already one of the last industrialised nations to emerge from negative growth, the country had to endure almost two full years of economic contraction, yet the process seems to have been halted, with the overall figure for 2010 showing a contraction of 0,1%.

Export-driven recovery
As in most developed countries it was exports that drove the recovery, with technology-based services and, in particular industry, making up for the general drop in domestic consumer spending and investment flows. These, together with a booming construction sector, had been the foundations of a decade-long economic expansion that made Spain one of the most dynamic European countries of the 1990s and 2000s.

Although an increase in consumer spending around the Christmas period helped drive the recovery at the end of 2010, it is clear that the Spanish economy will not be able to rely on the above-mentioned staples to steer it back towards health. For this, it will come to depend more on the development and exportation of technology and expertise-based products and know-how to the world’s emerging markets. 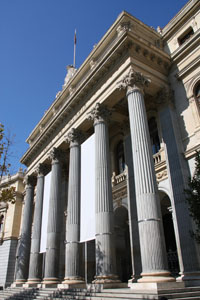 Hurdles to overcome
Any list of Spain’s current economic weaknesses – and hence challenges to overcome – would include the high debt burden, the weakened construction and financial sectors, and labour laws that make it hard for the country to be cost-efficient in the face of stiff competition from abroad. For years Spanish economic growth was largely driven by investment in its internal infrastructures, and the industrial and consumer growth that derived from it, but increasingly the country will have to focus its energies on exports if it is to continue to prosper.

Serious cuts in public spending will hurt the economy in the short term – as is the case elsewhere in the developed world – but along with labour market and financial sector reforms they are needed to establish the proper conditions for longer-term growth. Such measures will see investment flows, the property market and consumer spending recover before long, though their contributions to the Spanish GDP will be diminished. 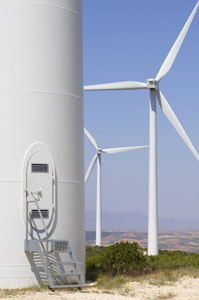 Strengths
While it may not quite have the export-credentials of a country like Germany, Spain is a fully-fledged member of the leading economies of the world. Much has been said in recent years about the rise of such economies as China, India and Brazil, though it must be remembered that while they are rapidly climbing up the rankings their per capita GDP levels are still well behind those of countries such as Spain.

This means that it must build upon the successes of recent growth sectors such as wind energy, specialist engineering niches, high-tech construction materials and luxury brands to open up new markets. The leading position of Spain’s top blue-chip companies in Latin America gives it muscle in a region in which it has a natural trading advantage. Moreover, since Brazil is not the only Latin American country in ascendancy this is one of the most important future growth markets in the world.

Spanish foreign investment has ensured a footing in these countries that is rivalled only by the Americans, so if it exercises budgetary discipline, liberalises the labour market and encourages the banks to start lending again the Spanish government will set the conditions for recovery in the short term. A new outward look, accompanied by investments in education and technological R&D are requirements for longer-term growth.