The Costa del Sol offers golfers a huge diversity of courses to suit all levels. There are courses that are level and comfortable to walk on, others with various gradients, wide or narrow fairways, crude or friendly rough, treacherous or gracious bunkers, set amid mountains or adjacent to the beach.

This extensive fan of possibilities together with the Costa del Sol climate, invites golfers to play 365 days a year in short sleeves, while in central and northern Europe, snow impedes play on most courses. Each year hundreds of thousands of amateurs travel from their countries to enjoy their favorite sport. The vast majority return and thousands end up acquiring a house on the Costa del Sol, escaping more and more frequently.

The boom in golf is such that the increase in golf developments with their own golf courses, or tourist resorts situated around a golf course, is unprecedented. There are properties in a wide price range to suit all pockets, from small apartments to splendid villas set on several hectares of land. The relation between quality and price makes buying a house in the Costa del Sol an attractive investment proposition, especially when compared with prices for similar properties in comparable European destinations. Appraisals recorded in recent years show an annual increment in the realm of 15 percent, and what experts predict for the long and mid terms, indicates that the purchase of property is one of the most secure investments available, bearing in mind the volatile state of the world economy and stock market.

This sunny Andalusian region on the southern tip of Spain, offers more than 40 golf courses, amongst which various are considered the best in Europe. 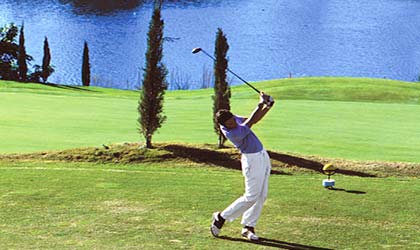 Golf experts have elected Valderrama Golf Course ‘number one’ on the Old Continent. This celebrated course hosted international events such as the first European Ryder’s Cup to be contested outside the British Isles in 1997, as well as two World Series Championships of Golf and ten rounds of the Volvo Masters, (the tournament featuring the Circuit’s best players) that closes the European season.

Valderrama’s acclaimed neighbor, the Real Club de Golf de Sotogrande, is also recognized as one of the best golf courses in Europe, and both share an emminence in golf architecture, the late Robert Trent Jones, who also masterminded the layout of another two prominent golf courses on the Costa del Sol, Las Brisas and Canada. The European Seniors Tour has been staged in Flamingos Golf Club, a splendid course situated in a burgeoning golf zone, an area extending from Marbella to Sotogrande, including the municipalities of Benahavi­s and Estepona, rich golf territory aptly titled ‘The New Golden Mile’. 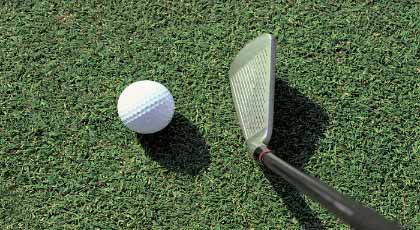 Other international tournaments of high calibre that have taken place in the area include the World Cup, the Spanish Open and the Mediterranean Open in Las Brisas, and last but not least, the Turespana Masters Open of Andalusia celebrated in the Club de Campo de Malaga, the Costa del Sol’s veteran course. The finals from the school of qualification of the European Tour have been disputed repeatedly in the San Roque Club.

The green gold continues to grow, there are more than a dozen proposed golf courses to be built in the Costa del Sol in the very near future.

Real estate value in the municipality of Marbella is regarded as top of the property market. Its deserved international fame, wide range in leisure activities, enviable micro climate thanks to a mountain range which protects it from the north winds, and a municipality that houses the largest number of golf courses in Spain, ensure a privileged location for golf-lovers, for either a second home or permanent residence. Benahavis and Estepona, municipalities west of Marbella, have become important tourist golf emporiums in the last few years, which has substantially upgraded the quality of real estate, and in parallel terms, the price/quality ratio of property is also on the rise.

Another course to jump on the band wagon is San Roque; partly because of the opening of the new motorway that links it with Estepona and Sotogrande, home to at least a dozen golf courses. Sotogrande also offers an enchanting leisure port and marina, is well known for its polo fields, has a cared-for natural environment, beautiful forest areas, and innovative and first rate architectural design. All these points are advantageous incentives which have assured continuous urban growth in this area. Additionally, the price range is very competitive, and the qualitiy of construction enviable.

Golf, in its own right, has become one of the principal segments of the coastal tourist industry. It has helped influence tourism, that is no longer limited to the summer and traditional holidays, and has upgraded the property market to the standard of the magnificent golf courses. The future is promising. Enjoy it!

On the Costa del Sol, world celebrities have competed, including the ace Master, Tiger Woods, who disputed an emotional dual with the ‘malagueño’ Miguel Angel Jimenez in the American Express World Cup in Valderrama, taking him out in the play-off. This occurred one week after Jimenez had become the first Spaniard to win the Volvo Masters, then in its tenth year. Other golf courses on the Costa del Sol have the signature of great players such as Seve Ballesteros (The Arqueros and Alhaurin Golf), the ex-Ryder Cup player, Dave Thomas (San Roque Club, Almenara), the three time world champion Manuel Piero (La Quinta) or Jose Maria Caizares (Aoreta).

Article published in the third edition of ‘Costa del Sol Highlights’ showcasing the finest properties in Marbella and on the Costa del Sol, Spain.