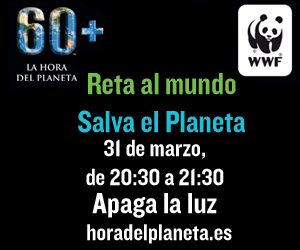 For the past six years, hundreds of millions of individuals across the world, companies, governments, schools and universities unite against climate change supporting the largest environmental campaign organized by WWF: Earth Hour.

In 2011, over 5,000 cities and towns 135 different countries worldwide switched off the lights of their main buildings and public monuments, sending a very clear message: symbolic gestures can make major changes if we achieve a global compromise throughout the year.

Going “Beyond the Hour” was the motto of last year’s campaign. Asking individuals to commit to lasting actions and take energy-saving measures during the whole year. It was the year of big and small commitments to create a more sustainable and environmentally friendly way of life.

In 2012, WWF wants to challenge the world. This is the year for compromise and challenge, of acting for the environment. WWF launched the “I Will If You Will” campaign to challenge your friends, family, staff and customers: “What are you willing to do to save the planet?” Use your imagination and your social networks to spread this campaign amongst your followers and encourage them to do the same. The more followers we have- the louder our voice!