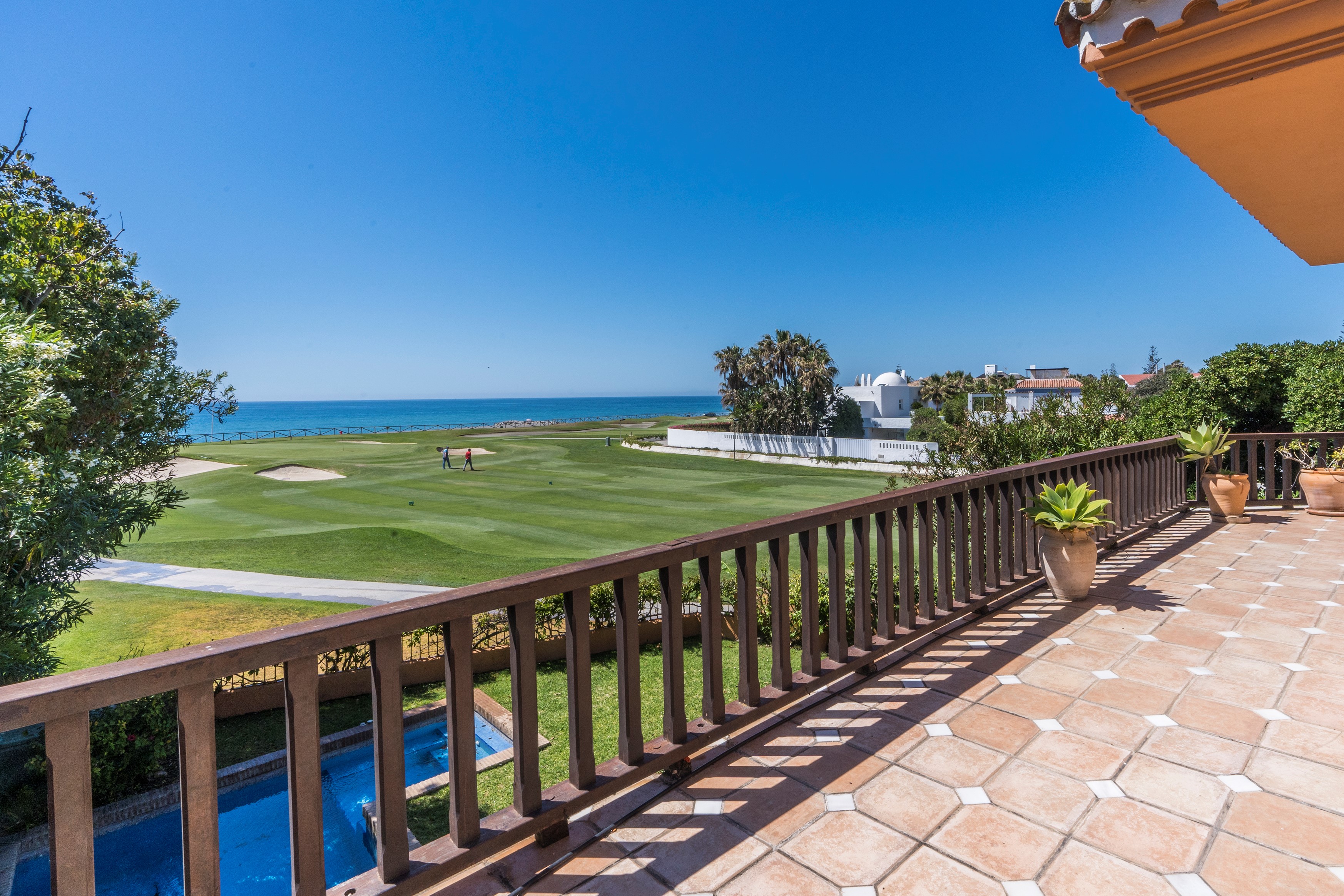 Guadalmina is a residential area near the little town of San Pedro Alcántara that is characterised by luxury homes on spacious private plots bordering leafy streets and overlooking the Real Club de Golf Guadalmina. It is a well-established suburb that is conveniently located yet peaceful, and is considered to be one of the most pleasant and exclusive parts of Marbella.

Guadalmina is split into two distinct sections – Guadalmina Baja south of the main road on the seaside, and Guadalmina Alta on the northern or ‘mountainside’ of the coastal A7. The old and new Guadalmina golf courses are a prominent feature on either side of the road, with many homes overlooking the parkland fairways of the New Course in Guadalmina Alta and the Old Course in Baja.

Guadalmina Baja is regarded as the more upmarket of the two thanks to its large villas on sizeable private plots, the northern section is also home to beautifully styled villas in exclusive residential streets, not to mention luxurious apartments and townhouse complexes, the latter designed in the style of idealised Andalusian villages. This area is also known for the timeless appeal of frontline golf apartments featuring white modernist design and vistas of the sea and the fairways.

Guadalmina was first developed by Basque businessman Norberto Goizueta, who admired it from his yacht as far back as 1933. The area later became the site of one of the first golf courses in the region, in what was then the agricultural village of San Pedro, in the midst of extensive sugar cane plantations. Goizueta loved the very softly undulating, almost level lay of the land and its wide beachside exposure, and set about creating an upmarket residential suburb that has since become one of the most desirable locations in Marbella.

The South (or Old) Course was opened in 1959 as the Club de Golf Guadalmina, beginning a veritable golf revolution without equal anywhere in Europe, as this part of southern Spain became the Costa del Golf over the following decades. By 1965, the Guadalmina course hosted the Spanish Championship, the first of many national and international tournaments to take place in what is one of the classic golf courses of the region. The second course, designed by Folco Nardi, was added in 1973, and it too has formed the hub around which many attractive properties were built.

From the first holiday villas through early modern design, classically inspired homes and traditional Hispano-Andalusian cortijo-style properties right up to the sleek contemporary geometry of today, Guadalmina has seen the coming and going of many different trends and stylistic eras. As a result it offers a very broad range of properties in terms of size, characteristics and aesthetics, with some modern homes still being built in the area. Many of the older properties are also being modernised and renovated, thus adding prime location, charm and space to today’s comforts and amenities.

One of the attractions of Guadalmina is its proximity to the sea, its laid-back beach bars and fish restaurants, elegant beach clubs and understated style at the golf club and Guadalmina Hotel, not to mention a peaceful ambience within a setting whose convenient location places it close to San Pedro, Benahavis, Puerto Banús and Marbella town.

Though some of the grandest villas on large seaside plots can be found here, this is not a zone of ostentation and pretense, but rather a discreet and private part of Marbella that is favoured by international businesspeople and celebrities. The social and commercial life focuses on Marbella, with the little town of San Pedro Alcántara providing a local hub of activity and services, yet Guadalmina enjoys a good range of services in its own right.

These include a prestigious private school, a charming little church for weddings and similar ceremonies, and a popular local commercial centre, whose cafés, restaurants, tapas bars, news agents, clinics, banks, supermarket, delicatessen and professional services make it a popular meeting point. Among the many different cuisines available here are, of course, tapas and other delicacies from the Basque region.

With an attractive, low-density setting upon its own stretch of coastline, just minutes away from San Pedro and barely ten minutes from Marbella, this is a convenient oasis of peace and elegance in the heart of the greater Marbella area.

Latest properties for sale in Guadalmina 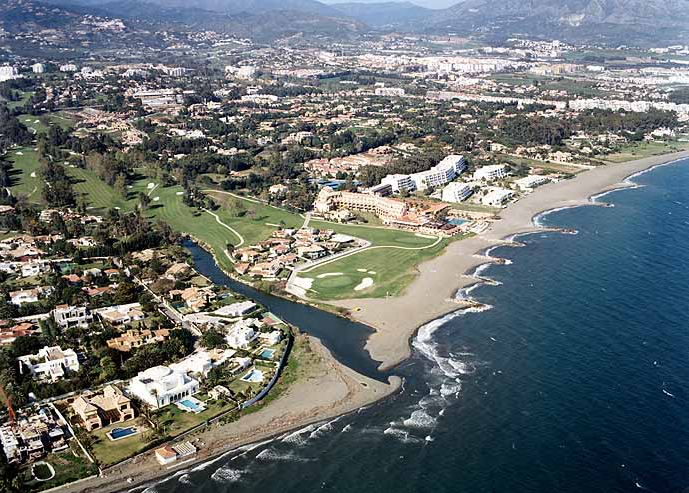 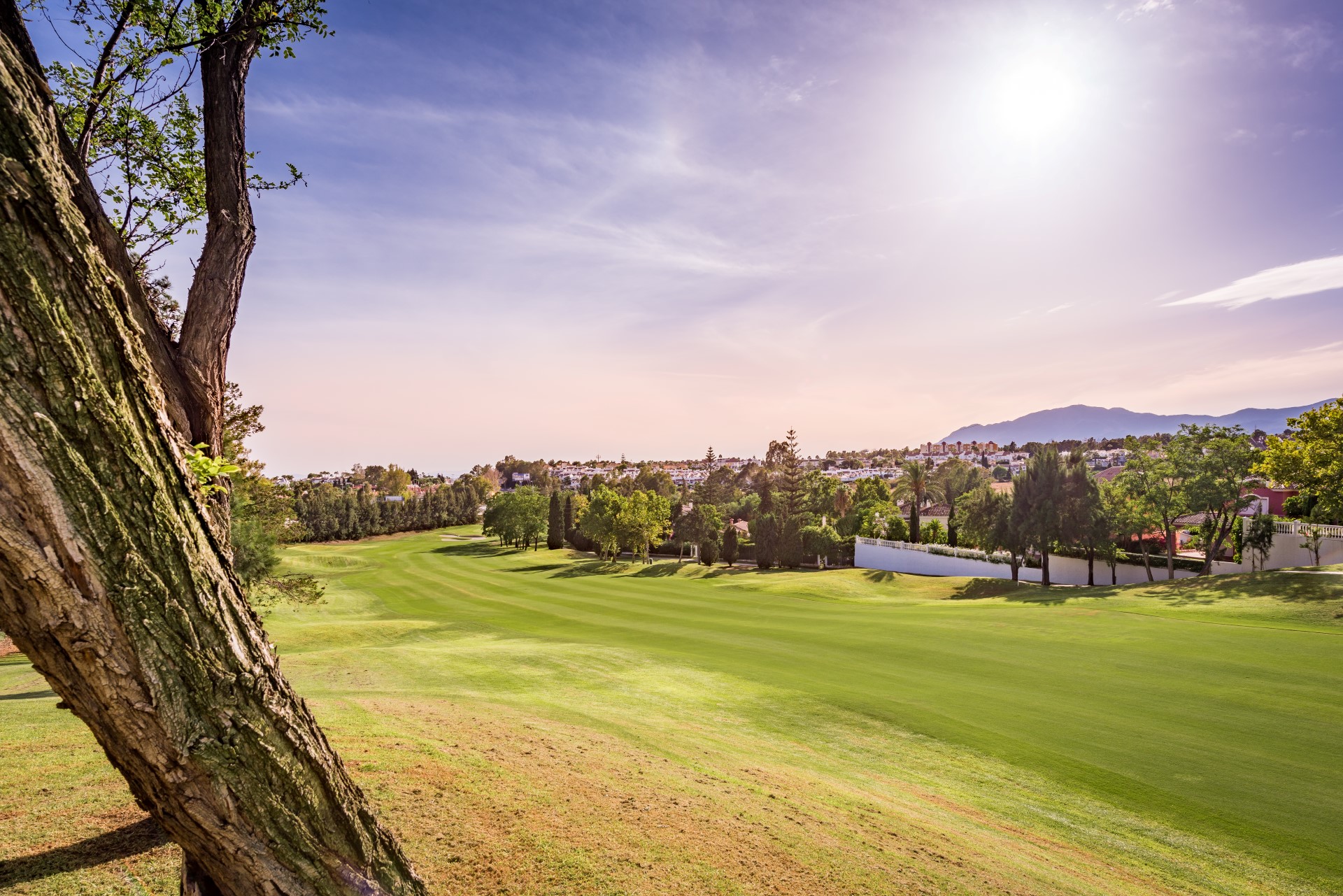